On D-Day for the commemorations of the 75th anniversary I was commissioned once again by Music Celebrations International to capture one of their beautiful concerts. Five years previously I’d had the privilege to meet Conductor Emeritus Colonel Gabriel as he conducted at this very same spot and two days prior to this concert in Normandy I’d been asked to capture their concert in Paris, at La Place Joffre with the perfect backdrop of the Eiffel Tower.

This D-day concert was held at St-Laurent-sur-Mer in front of Les Braves international Memorial on Omaha Beach. There were large crowds who, like me, thoroughly enjoyed the beautiful music that filled the air in commemoration for those who served then and in tribute to those who have served in the US armed forces.

The members of the orchestra were from a varying States in the US and a wide age range, including teenagers and former members of the armed forces. The orchestra under Colonel Gabriel’s command and accompanied by Colonel Dennis M. Layendecker played moving pieces that were spine tingling. I always feel lucky to be witness and be asked to capture such amazing events.

Here are the photos and at the end I include a little video for you to enjoy of their rendition of ‘America the Beautiful’, a poignant piece to play a few metres from the sand of Omaha Beach in remembrance of D-Day and the fallen and one of my favourite pieces from the concert that I will now always associate with the formidable Colonel Gabriel. (*Please note this isn’t a ‘professional’ production, I simply took a few minutes out from photographing and videoed it just for the pleasure.) 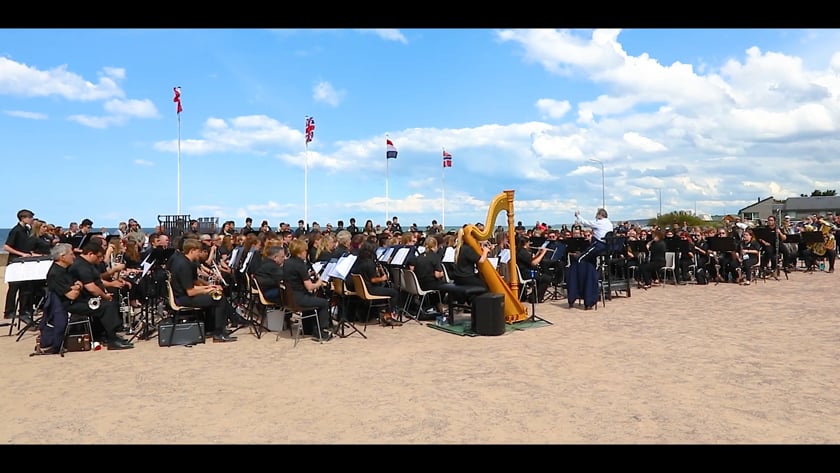