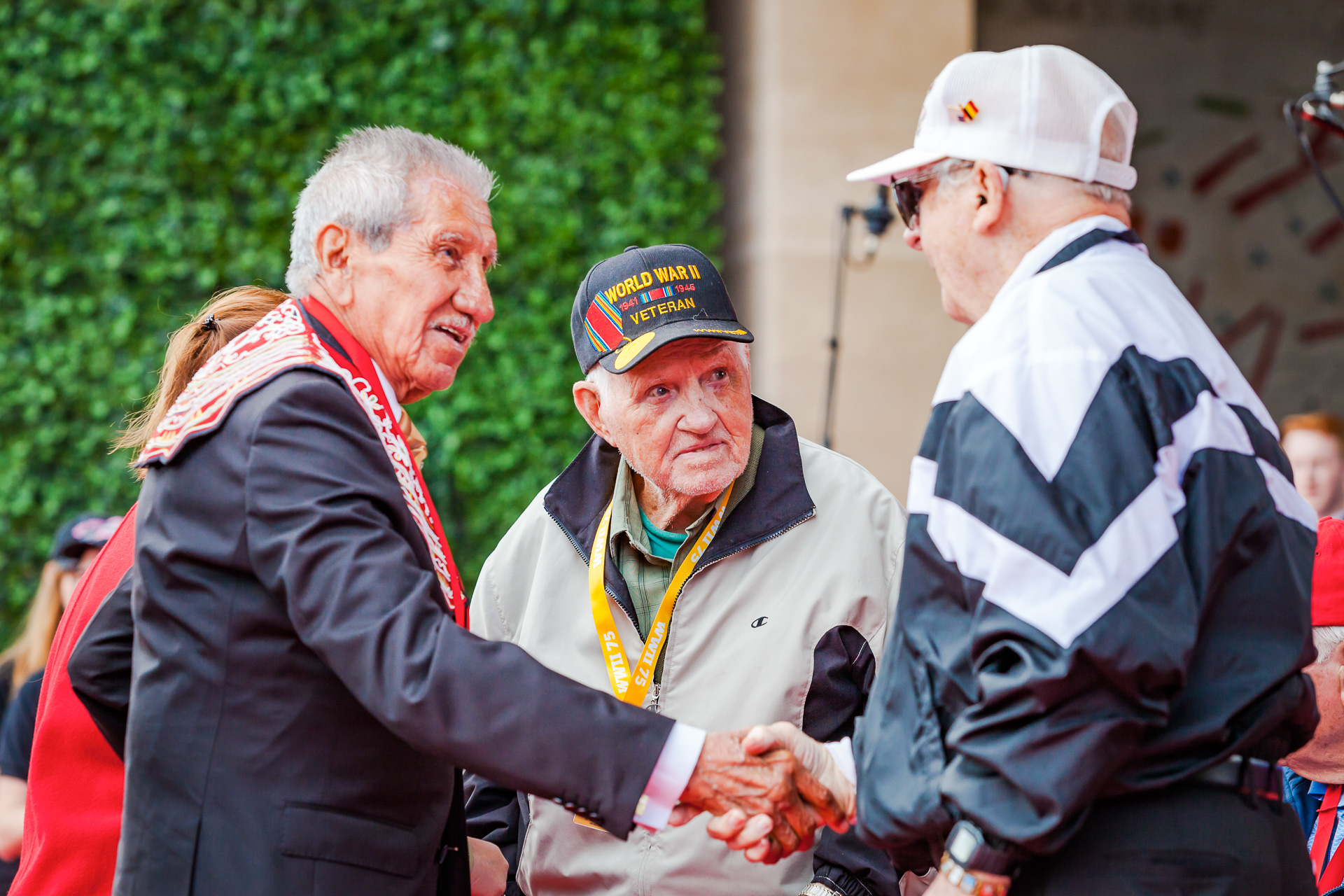 On the 7th of June 2019 I photographed a wonderful musical event and ceremony at the Normandy American Cemetery #DDay75. It was the day after the International ceremony with many heads of State, Emmanuel Macron, Donald Trump for example.

The installation of the stands, towers for international press and television and the roof over the memorial area were all still in place but it was instead filled with over 3000 American musicians and singers, from Texas and New York and many other States.
Apart from being a musical event it was also a ceremony on the presence of american veterans, including native-american veteran Charles Shay (who has since moved to Normandy).

The ceremony honoured their efforts in the D-Day campaign but I can’t imagine what an emotional moment it must have been for them as, from the stage, in the distance past the two flag poles proudly adorned with the Stars and Stripes, they could see the more than 9000 graves of their fallen comrades.

It was privilege to be in their presence and capture photos of these fine men who risked their lives for their country and for the freedom of us all, 76 years ago. It was also a delight to hear the piped bands, choirs and other bands as they joined together in harmony to commemorate those historic events.